Movies have been transporting people to faraway lands since the 1890s. But there’s something cooler than exploring a destination via the silver screen—any guesses? If you said “Actually going there,” you nailed it. Skip the popcorn the next time it’s your turn to plan date night, and opt for one of these romantic getaways with your snuggle monkey instead. Whether you’re film buffs or just trying to recreate your favorite iconic couple’s kiss, these 10 movie filming locations will do just the trick:

Lord of the Rings: New Zealand

You’ve taken to calling your special someone “Hobbit toes” (for obvious reasons). There’s no better place to profess your love for those furry footsie wootsies than in the country that brought Middle Earth to life: New Zealand. Peter Jackson’s crew filmed at more than 150 locations in the land of the Kiwis, and most of them are easily accessible. In the town of Matamata, you can take a guided tour of Hobbiton, and learn more about the construction of the Shire. Or make the trek to Tongariro National Park and follow in the footsteps of Sam and Frodo; the park was the site of Mordor and Mount Doom. If you’re planning on proposing during your stay, perhaps wait until you’re far away from where Gollum could find you. He’s got an eye for rings. Chances are, you’re still miffed about finding Ryan Gosling’s face on your partner’s desktop background, but let bygones be bygones and plan a trip to Charleston to show that you’re totes over it. Walk to King Street to recreate the scene where Allie and Noah lie in the road holding hands—sure, it’s cheesy, but sometimes you have to embrace the emotional lactose. Paddle a rowboat through the lake in Cypress Gardens, or head out to Wadmalaw Island and snap a photo of “Noah’s home.” The estate is called Martins Point Plantation, and is the residence that Noah put blood, sweat, and tears into during the film. Although you probably won’t run into shirtless Ryan Gosling, you can recreate your own “Notebook” kiss. The locals won’t be offended, because it happens all the time there. Pirates of the Caribbean: St. Vincent and the Grenadines

Find out where all the rum’s gone and book two tickets to the Caribbean. Reserve your stay on St. Vincent and the Grenadines and you’ll have access to pristine rainforests, untouched white-sand beaches, and a handful of smaller cays at your disposal. Although the swashbuckling film series was filmed all over the Caribbean, St. Vincent is home to the fictional Port Royal featured in “The Curse of the Black Pearl.” You’ll find the familiar backdrop in the stunning scenery of Wallilabou Bay. Don’t forget to pack your sweetheart a barely there swimsuit–you have our word that your frisky hijinks won’t get you sent to Davey Jones’ locker. Do the musical stylings of ABBA put you in the mood? Bring your Angel Eyes to Skopelos, Greece, and frolic to Swedish tuneage as you splash through aquamarine waters. Even if your boo’s not familiar with the super group, the sun and sand of Skopelos will turn even the most humdrum honey into a dancing queen. Even though the island played host to the singing and dancing superiority of Meryl Streep, the locals don’t get too hyped over the film and there aren’t many souvenirs available on the island. Instead of buying your love an ABBA-themed trinket, just spend quality time on Kastani Beach. Part of the film was shot here, so snap a pic, and place it in your tackiest frame featuring the Swedish sensation when you get back home. This romcom starring Ben Stiller stole hearts with its storyline of a daydreamer on a mission through Icelandic landscapes. Bundle up with your cuddle buddy and fly to Iceland to explore the frozen fjords. While Walter spent the majority of his life dreaming of epic backdrops, you can turn your wanderlust into a reality. While in town, stop by the small village of Garður to see where Walter jumped into the great Atlantic, or navigate your way to Seyðisfjörður to check out Mount Strandartindur, where Stiller skateboarded toward his destiny. When the sun begins to go down, pop into a local pub with your partner and toast to a day on the town with a frosty Viking beer. Be sure to leave your fake holsters at home, adventurous couples, because you’re headed to holy grounds. Pick up Angelina Jolie’s famed hunt for the Triangle of Light in the Cambodian province of Siem Reap. Jolie’s signature pouty lips and gun-wielding ways have led Ta Prohm to be one of Angkor’s most well-known temples. Even though you won’t be fighting off bad guys, you’ll still get a rush of adrenaline kissing underneath massive trees and exploring the 12th-century house of worship. Long before Leonardo DiCaprio’s fate as an Oscar-less modelizer was sealed, he starred in a tale as old as time. Baz Luhrmann’s rendition of “Romeo and Juliet” plastered Leo’s baby face across the silver screen, and led the actor to romp around Mexico at age 22. It is in Mexico City that Shakespeare’s words are brought to life, albeit in a more urban setting than Willy Shakes may have intended. Head south of the border with your star-crossed lover to tour Chapultepec Castle, and place yourself at the imaginary home of the Capulets. If the two of you get into a tiff about which restaurant offers the best pambazos, take comfort in the fact that it could be worse. Your families could be locked in an epic feud and your pambazo could be laced with poison. For a classy couple’s getaway, pay tribute to Audrey Hepburn in Roma. “Roman Holiday” saw Gregory Peck and Ms. Hepburn lounging on the Spanish Steps while enjoying gelato. Recreate this glamorous moment in Hollywood history or steal from another cinematic masterpiece by sharing a single strand of spaghetti and letting your noses touch in the middle. Whether your style is old Hollywood or you’re trying to teach an old dog some new tricks, this destination is one you’ll want to revisit over and over. “Jurassic World” doesn’t come out until June 12th, but you can get a leg up on your dinosaur-loving friends by visiting the scene of the dinotastic crime. The reptilian crew has taken on the creepy task of filming in an abandoned theme park. Since closing in 2005, Six Flags® New Orleans has been a favorite movie filming location and was also featured in “Dawn of the Planet of the Apes.” Although you might get booted out by roaming security guards, you’re safe from velociraptors (thank goodness). You can still get pumped for the adventure by hugging your significant other with your arms retracted, like any respectable T-Rex would do. Often referred to those in the film industry as “Hollywood North,” Vancouver has long been a hot spot for camera crews. “Fifty Shades of Grey” exposed their own (private) hot spots while filming in the Canadian city. The University of British Columbia served as the setting for Ana’s graduation scene, but if you’re not feeling scholarly, take your special someone to Ladner Village Hardware to work out the nuts and bolts of your relationship. Even if you and your honey bunny aren’t into BDSM, you can enjoy a more wholesome time in Canada by picnicking in Stanley Park or visiting the Vancouver Aquarium. Whether you and your special someone chat about dinosaurs more often than is considered reasonable by our society, or you were courted in a way that would make Audrey Hepburn swoon, book your plane ticket today and fly toward love. 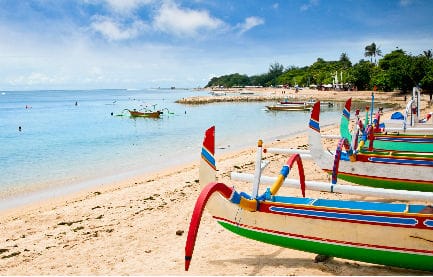 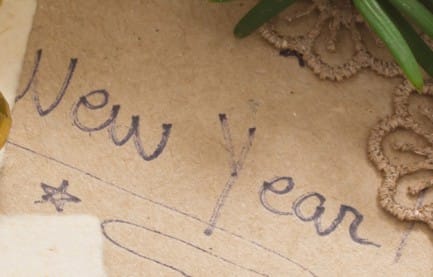 Your diet lasted less than two weeks last year, and your budget was blown almost instantly. This year, set some fun goals that will actually stick. 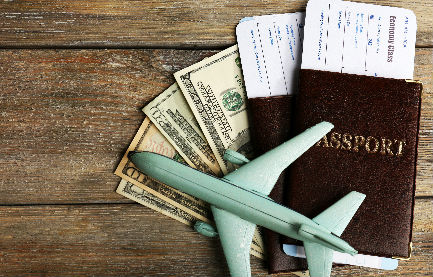