The days of spacious seating arrangements in the air are pretty much behind us—provided you don’t want to pay two month’s rent on a first class ticket. If you do, no judgement, but please know that “pics or it didn’t happen” does apply. Most of us spend our time crammed like sardines in coach, dealing with crying babies and trying to figure out if we should tell the guy in 10C to put his shoes back on or live tweet the evolution of foot stench. In addition to changes in seat configuration, the history of the airplane design includes an evolution in everything from safety to amenities. In this week’s tribute to National Aviation History Month, we look at aircraft history—specifically, we’re about to dig into your experience of commercial travel (for better or worse).

Space to Stretch Out The average amount of legroom on a flight in the 1950s and 60s (during the “Golden Age of Flying”) was 3 to 6 inches longer than it is today. In that day and age flight was a luxury, the cost of tickets was astronomical, and there was frankly less demand for air travel as a result. That means fewer rows of seats were required. Still, the harsh truth remains: Your grandparents were less likely to curse in pain because they accidentally jammed their knees against a tray table. In fact, a typical first class seat by today’s standards used to be a luxury afforded to every passenger. If we go back to the 1940s, the difference is even more ghastly. Not only did folks aboard a Boeing Stratocruiser have more legroom, every single seat could recline into a bed. Cry yourself to sleep with that knowledge the next time you’re on a packed flight to Chicago, attempting to sleep upright.

Places to Get Your Drink On Sure, you can order a cocktail on your flight today (as long as you’re old enough) and get tipsy while you complete your crossword puzzle. But once upon a time the airlines did ya one better. As recently as the 1980s, some planes were outfitted with a wet bar. Replete with swivel chairs and round tables, this bar configuration really made for a party in the air. Call it efficiency or safety, but at some point airlines decided to forgo the flowing alcohol and bar setup for more seats and a closer eye on passenger booze consumption. The evolution of airplane design history has simultaneously improved our entertainment options and done us dirty. For instance, until fairly recently an in-flight movie meant craning your neck to see the nearest available screen. Which may have been about five rows up. Nowadays, long-haul flights offer individual screens nearly universally. One point for advancements in technology. On the contrary, however, some adjustments make current entertainment options seem a bit dismal. In addition to the absence of the aforementioned wet bar lounges, current planes would never make room for a piano. That’s right, for about four glorious years in the 1970s, American Airlines sacrificed seats for a full-on piano lounge in the back of its 747s. Calling all future airplane designs: Is a massage table too much to ask for? Yes, the food was better on planes in days of yore. Maybe passengers were never getting an award-winning meal, but at least they weren’t paying extra for a prepackaged sandwich and some questionably-fresh pretzels. Lobster and shrimp were served on the regular, and some airlines really went all-out. Pan Am, for instance, had an on-board chef who would carve a freshly baked turkey right in front of passengers at mealtime. I guess we should still be grateful for two bags of peanuts? Alas, room for a kitchen and an aisle wide enough to accommodate a carving table is less of a priority nowadays.

From wingspan to kitchen space, aircraft have really changed over the years. We can hope that new airplane design continues to take advantage of technology and advancements in comfort, but let’s get real—we’re never getting that wet bar back. 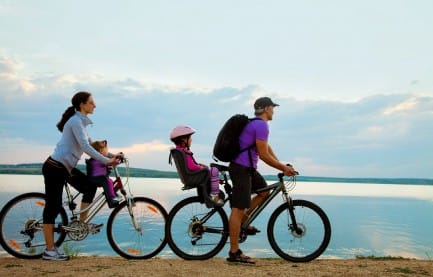 Skip the long lines and boring tours when you take these family-friendly trips. 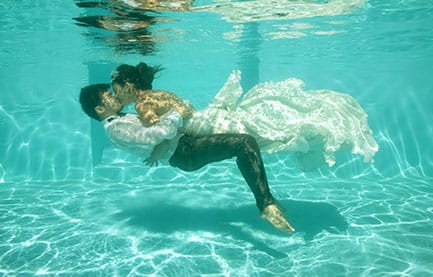 Unusual Places to Get Married

Ditch the aisle and wed your beloved in style. From frozen hotels to apex predators, you certainly won’t forget your anniversary after this wedding. 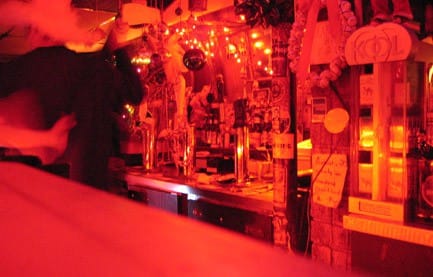 Drink Like A Local: 5 Best Bars in New Orleans

If you’re looking for bars that aren’t trying to be cooler than their customers, here’s your list. Trust us, the natives will make you feel right at home.