In this installment of the Sister Cities series, we bring you a most refined set of geographic siblings, the pièce de résistance of their respective regions, a regal yet relatable pair. New York and London are two dynamic cities that have seemingly equal appeal…it’s just that one of them is more likely to give you a wink as she apologizes for wearing the same dress as you at your birthday party. Yes, we think that New York is the Pippa to London’s Duchess Kate. Do you love Pippa? Duh. Does she sometimes steal her soon-to-be-queen sister’s thunder and give a smirk as if to say “fuhgettaboutit”? Uh, yeah. Whether you’re headed to The Big Apple or on your way to see Big Ben, here is what you need to know about these classic sister cities:

Coney Island to Crumpets: Food From New York to London New York is nothing if not a foodie’s dream. It’s doesn’t matter if you grab a slice in Brooklyn or sit down for a fine French meal on the Upper East Side, this city brings the grub like nobody’s business. Putting off a decidedly Pippa attitude, New York is a bit nonchalant about being a mecca for cuisine: Of course it has every type of food under the sun, no need to put out a billboard. Even a messy, overflowing, gets-your-hands-dirty Coney Island hot dog will be the best thing you’ve eaten all year.  Still, like the event planner she is, this Pippa-like city dots its “I’s” and crosses its “T’s” in the food department – you will always find something you love, because every guest must leave the city satisfied.

On the flip side, London may not be known for phenomenal local cuisine, but it can throw together the tea party to end all tea parties in about two minutes flat. (#Humblebrag.) Much like elegant Kate can casually waltz into a room looking like she stepped out of “Vogue,” London will present you with a stunning afternoon tea display like it’s just an everyday affair. And really, it is. Of course, you can also find mouthwatering Indian food, fish and chips, and bangers and mash (not like that) in London. Still, it is the white-gloved, fancy pants tea parties with crumpets and finger sandwiches that are practically trademarked in London culture. And you know Kate approves. New York and her sister city London most clearly go head-to-head Pippa and Kate style in one department: public squares crammed with tourists and giant neon signs. Neither to be outdone by the other, Times Square and Piccadilly Circus each put a significant dent in their local energy grids every single day. In New York’s Times Square, visitors are met with ostentatious signs, lights, and street vendors hocking “I Heart NY” merchandise like it’s going out of style. Hey, Pippa’s silver spoon isn’t as shiny, so she’s gotta make that money. In London, Piccadilly Circus also makes its name as a tourism hub, though to be fair they class it up a bit with the Shaftesbury Memorial Fountain. Also, the buses here are notably cleaner than what you might hop on in New York. Aside from their famous squares, both cities share a love of theater (Broadway in New York and the West End in London), shopping (SoHo in the NYC and Oxford Street in the Big Smoke), and are a hub for cultures from around the world. Naturally, London also boasts Parliament and other government buildings. Because Kate runs this biz.

Mind the Gap: Getting Around NYC and London Town As Kate and Pippa will attest, it’s pretty easy to get around London and New York. These sister cities both have an efficient network of underground trains and no shortage of taxi cabs. Now, one way New York’s subway differs from the London tube is….well…there’s no delicate way to say it: the tragic epidemic that is manspreading. In New York, the transportation authority had to launch an official campaign to encourage men to close their dang legs when they sit down on the subway. From Queens to Manhattan, women are often relegated to standing room only, clinging to grimy subway car poles, teetering in their heels at the end of a long day. All because folks with a Y chromosome have a habit of taking up two seats by spreading their man thighs far and wide. That’s right, Pippa will take up all the space she needs for her large fascinator and Burberry bag, thankyouverymuch.

Now, while London’s tube has its own crowding issues, a lady can generally find a seat. If she can’t, it’s rush hour – Londoners just don’t tend to get as leggy on the train. Kate is always concerned with etiquette, and she wouldn’t be caught dead committing such a social faux pas.

One Thing You Can’t Miss in These Sister Cities You can find thousands of things to experience in New York and London. Sister cities like these are can’t-miss destinations, but some attractions stand out more than others. If you’re in New York, Central Park is the one thing you simply have to visit. In fact, one of the formal itineraries Pippa puts together for one of her events would come in pretty handy. From live music and ice skating rinks to the Central Park Zoo and sports fields aplenty, this urban park is just showing off. In London you should always make a stop at the Houses of Parliament. It’s not every day the Kates of the world lift the curtain and let you see the inner workings of government and society. Not only can you tour the Houses of Parliament, but you can sit in on live debates and committees in both the House of Commons and House of Lords.

From London to New York, these cities representing the Middleton sisters are really bringing it in the tourism department. Prepare your pinky finger for some serious tea drinking, or practice your Long Island accent. Whether you’re headed from JFK to LHR or LHR to JFK, this city partnership delivers the class and the sass. 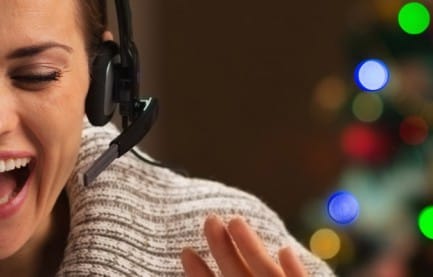 How to Pack for Your First Trip to Coachella

Grab your thinnest tank tops and floppiest hats—Coachella is back. If you’ve never been to the festival, here is the down low on what to bring.

Before you brave the rugged borderlands, otherwise known as airports during the holidays, read these tips to help save your sanity.