South by Southwest, better known as SXSW to the cool kids, is the place to be in the spring. At least, it is if you’re in to music, movies, and interactive technology. So what’s it like to actually be a part of this major Austin event? Funny you should ask, because our friends in the LA-based band Belmont Lights told us all about their 2013 gig during SXSW. Here’s what it’s like to get booked during SXSW (and road trip there with your buddies in a rental van): Flights.com (F): Tell us about Belmont Lights–how did you get together?

We have been a band for about 4 years now. Casey and I went to the same high school, but we didn’t start playing music together until our second year in college.

At first we just wrote some songs during Christmas break and then we decided to do a few open mics around San Diego. After our second open mic at a coffee shop someone approached us and asked if we’d like to join the San Diego Songwriting Competition. We thought it’d be cool to be a part of, so we agreed.

Crazily enough, we ended up winning the contest and got a few really cool opportunities to play bigger stages and we never looked back! We added Jed (Casey’s brother) and Chad, and we’ve had this lineup for about 2.5 years now. We would call our style of music urban-rock. We play pop rock songs with hip hop production and R&B influences.

F: How did you get in the SXSW line up?
IB: We always heard about SXSW and knew it was a great opportunity for exposure to people from all over the world. It never really made sense to head out there, though, unless we were on a few showcases since it is so expensive to get to Texas from California. Then in 2013 we were offered a spot on the Whole Foods Whole Planet showcase. It was a really cool event and we definitely thought it was worth it to make the trek.

While we were in Austin we were offered a few slots on other showcases, too. Digital LA had a mixer on 6th Street and asked us to play. Then Planet LA offered us a spot. That’s kind of how SXSW is: serendipitous. Fans find you by chance. Opportunities find you randomly. It’s one of the greatest music experiences to be a part of for both fans and artists. F: You guys road tripped out to Austin–what was that experience like?
IB: The drive was 24 hours in a rental van with five guys. It was fun, although we did run in to a little bit of trouble on the way. We had a showcase the first night at midnight and were about two hours away, but our set was starting in an hour and a half. We ended up speeding in the rain and got pulled over in the middle of nowhere by a sheriff who looked straight out of “Texas Chainsaw Massacre.” He wasn’t stoked that five dudes from California were speeding through his town and demanded that we pay the $500 fine right then, at 11 p.m., or we could spend the night in jail. We ended up having to pay him a cashier’s check made out to his name, and we still missed our set!

F: Whoa, that’s crazy. Hopefully you had a better time in Austin?
IB: We had an amazing time in Austin. The whole city is beautiful and downtown is so rad during SXSW. We met really great bands and got such a great response from our sets. Not to mention, we got Whataburger. You can’t go to Whataburger and not have a great time. A few of the nights are a little more blurry than others, but we had the best time.

F: What was the stage experience like?
IB: The stage performance was cool. The Whole Foods stage was run so professionally and had the best sound, even though it was on a rooftop. Every place had house gear (drums, amps, etc) so we were able to just plug in and play. They had bands playing all day. F: Did you go see any other SXSW bands or events while you were there? What was your favorite?
IB: Yes! We got to see the Doritos Bold Stage. It was RAD! Our friends from San Diego were running the event and when we ran into them at a food truck they gave us passes.

F: What was the weirdest or funniest thing that happened to you during SXSW?
IB: That would probably be when we were wandering around 6th Street and got into an ultimate Frisbee game outside the bars. Super random and fun!

F: Does the SXSW music festival live up to the hype?
IB: The experience is definitely something every band and music fan should experience. It’s unlike anything we’ve been around. And you get to see some of the best bands, both established and up and coming.

F: Did playing during SXSW open up any new doors for you?
IB: Playing in the SXSW line up definitely helped us make some really great connections. We went on a mini-tour with a band we met out there, and they jumped on a few West Coast shows with us. We also have played really cool events in California with companies we met at SXSW.

F: Any festival performances coming up in 2015 for Belmont Lights?
IB: We aren’t going to SXSW in 2015, but there are a few really cool festivals we will be playing this year. 2015 is shaping up to be a really exciting year for us.

Stay tuned for our new album! It’ll be released in April this year. 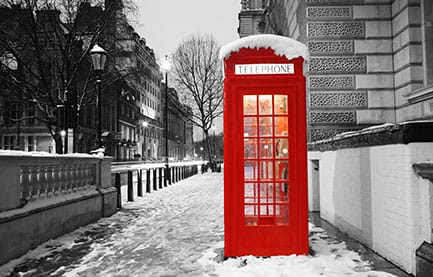 Luxury Guide to Exploring London in the Winter

Feeling cheeky, old chap? Put on your fancy pants to fight off the British chill, and indulge in the opulence you deserve. 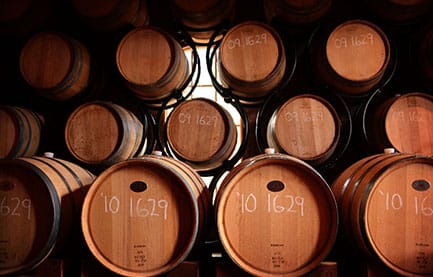 Unexpected Cities in the U.S. with Incredible Vineyards

No, you’re not headed for Napa Valley—been there, done that. You’re in store for some delectable wine, in places you’d never expect.