Pip pip, cheerio, gov’na! You’re dying to test out your Cockney accent for your trip across the pond, but you need to tone it back a notch, or ten—drop the bowler hat. Your time would be better spent researching the best pubs in town, not trying to deliver the answers to Harry Potter trivia questions in a jaunty cadence. Even if you don’t attempt to speak like a local while you’re in England, here are some key phrases you have to know to be able to decipher what the natives are saying:

Nope, they’re not talking about your Great Uncle Robert, the long-lost fisherman. Nobody knows who Bob is, but if you hear this common expression, don’t worry. It simply means “you’re all set” or “you’re good to go.”

You won’t find an ATM anywhere in England, but you can find “cashpoints” on any given corner. The Brits won’t understand your righteous malarkey otherwise.

A fancy word to describe the undercarriage of the male species. This isn’t a term you want to use around your Great Grandma Bernice, but it does come in handy when you’re calling someone out for speaking rubbish. “There’s no way you climbed Mount Everest as an infant—I call bollocks!”

More than once, you’ve silently cursed Mike at work for taking your parking spot, when everyone knows you park there every day. The next time that parking prankster strikes again, stop him in his tracks by calling him a “wanker.” It’s an extreme way of calling someone a jerk, which Mike totally is. Just be sure that your boss doesn’t hear you, as this word should be reserved for intense instances of idiocy and is considered off color. In the States you use the term when you’re angry or need to urinate, but when you hear the phrase in jolly old England, chances are you’re headed to down multiple pints of ale with some blokes. “Get pissed” means you’re going to get drunk, sloshed, inebriated.

“Oooh what a twee little house you live in!”  This is an affectionate way to say cute, darling, or quaint. Most likely, you’ll hear this word spoken by older folks.

The next time you spot a particularly attractive bloke or bird on the street, let them know that you think they’re fit. Someone who’s fit is attractive: Think George Clooney in a tux, winking seductively at you.

Pinching pennies?  Stay away from those new shoes that seem a bit dear. They don’t mean the word in the fond sense, because the Brits are partial to using the term as a substitute for “expensive.” So even though cheeseburgers might be dear to your heart, if your dining companion comments that the double bacon burger looks dear, consider ordering the soup of the day instead.

Remember learning about those puppies in sex ed? Well, Englishmen have deemed it reasonable for kids in grade school to frequently handle rubbers. They’re erasers, you sicko. Get your head out of the gutter.

When you’re visiting Platform 9 ¾, please do your best to mind the gap. The term is used to alert passengers of the space between the train and the station’s platform when exiting the car.

“Ey, mate! I won’t be able to make it out to the pub tonight, I’m knackered beyond belief.” Not to be confused with knickers (a lady’s undergarments), knackered means exhausted. Use this term when you’re looking for a quiet night in with your best blokes.

This phrase is more formal than “What’s up” but more casual than “How are you doing?” If someone asks if you’re “all right,” don’t immediately assume it’s because you’re having a worse hair day than Cameron Diaz in “There’s Something About Mary.” Your new friends from across the pond are just asking about your well-being.

When your bladder’s about to burst after guzzling down your eighth gin and tonic, don’t squawk about needing a bathroom, because you’re really looking for the loo. You’ll find the necessary facilities marked “Ladies” or “Gents.” Even though it’s called something different, the porcelain throne will be easily recognizable.

Don’t jump to conclusions! Although the British are the evil masterminds behind “Teletubbies,” collywobbles are unrelated. The expression is meant to describe a feeling of queasiness.

You can’t go up the duff unless you’re a woman. A cheeky British phrase for being pregnant, if you see a lady up the duff at a pub, you’d better hope she’s drinking ginger ale instead of whiskey. 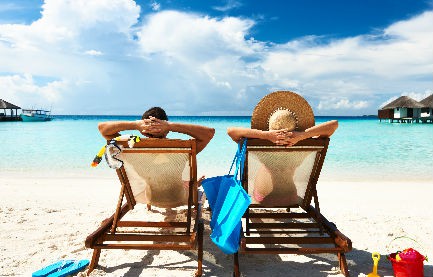 Top Hotels That Entertain Your Kids for You

Avoid tears and tantrums from your precious bundles of energy by distracting them with the magical and fun things to do at these resorts.