When you’re reminiscing about a year gone by, you may pull out pictures or look back through your calendar. Or, if you’re like us, you Google “Industry Reports” and “Top 10” lists.  We can’t get enough of 2014 facts and figures, especially when it comes to last year’s coolest travel stats. Give these digits a gander and prepare to have your socks figuratively pulled asunder:

1. London, Bangkok, and Paris Are the Places To Be The Clash had it right: London is totally calling. According to Mastercard’s 2014 Global Destination Cities Index, this capital city topped the most-visited list with nearly 19 million international tourists. Bangkok and Paris nipped at its heels, but Jolly Old’s got the spotlight for now.

Fire up that Find My iPhone app. In the 2014 Mobile Index Report, Expedia and Egencia discovered that travelers are just as scared of misplacing their mobile devices as they are of losing their luggage. Give ’em some credit; 58 percent of the respondents were way more freaked about the loss of personal information than they were about not having access to social media. Sorry boutcha, Candy Crush Saga. We may need exposure therapy to deal with the thought of losing our phones, but at least we’re cool with turning them off every now and again. According to a Hotels.com study on travel statistics, 65 percent of Americans are willing to unplug on vacation as opposed to the 85 percent of travelers from Thailand who absolutely aren’t.

4. We’ll Give Up Those Twinkies for an Extra Day of Vacay

If you’ve ever considered trading the sweet treats for a longer stay in paradise, you’re not alone. Expedia’s 2014 Vacation Deprivation Study found that 54 percent of travelers would be willing to lay off the junk food for a week in order to score one more day of vacation. Only 9 percent, however, would sacrifice showering, so at least our priorities are vaguely in order.

5. We’ll Also Expand Our Diets Once We Get Home Leave as a fussy eater. Return as a global gourmand. According to Trip Advisor’s September 2014 TripBarometer, 38 percent of travelers widen their palates to include foods that they discovered during their trips. That’s one way to justify the gelato addiction you’ve been nursing since Rome. It’s authentic cuisine!

6. Americans Are Out of the Office for Two Weeks on Average

“I just can’t wait to get back to filling out those spreadsheets,” said no one last year. Expedia’s Vacation Deprivation Study discovered that Americans now take 14 out of 15 average vacation days as opposed to the 12 we used up in 2013. Does that mean that we finally figured out how to hack the work-life balance? Here’s hoping.

7. Several Shorter Vacations Are Better Than One Long Trip Of course, it’s possible that we’re taking those days simply because we’re taking more vacations. Expedia also found that 60 percent of Americans are jetting off in smaller spurts throughout the year rather than saving up the time for one long trip. In other words, we’ve all become that humblebragger at the office who’s on some tropical island every other weekend. Aloha, suckers!

8. 55 Percent of Bosses Are Fine with Your Getaway

That faint hint of side-eye you detected when you gave Mr. Smith your vacation-request form? It was probably just allergies. Expedia says that more than half of the world’s higher-ups are pretty chill about time off, according to their employees. And that number skyrockets to 72 percent when you limit the study to the United States.

9. Not That Many Americans Travel Frequently for Work

Our hearts went pitter-pat for George Clooney’s travelin’-man character in “Up in the Air,” but it looks like he was kind of an anomaly. According to a Skift.com survey, only 10 percent of Americans take work trips on the regular. That’s still somewhere close to 30 million people, but maybe our collective image of that card-carrying, points-earning, Armani-suit-sporting business guy is a little warped. Traveling might be the true gateway drug. Trip Advisor’s TripBarometer found that 66 percent of worldwide travelers are inspired to plan another vacation right after they get home. Drop your bags. Make more reservations. That’s a travel stat we can totally get behind.

What does 2015 have in store for travelers? We can’t wait to find out. 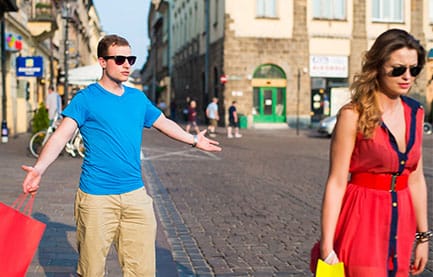 Tips for Surviving Your First Couples Trip Together

Don’t call off the engagement just yet! Check out our tips on how not to kill each other while traveling. 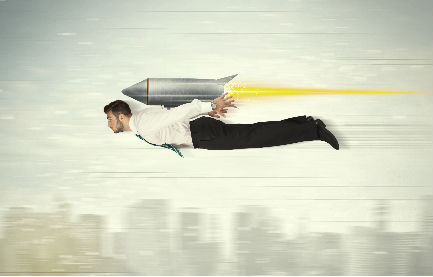 The Future of Aviation & Air Travel 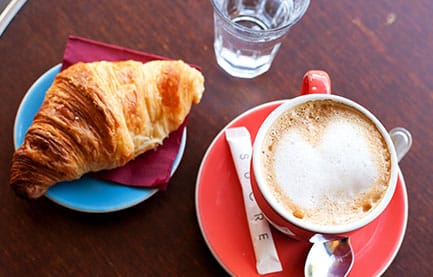 Looking for happy trails and a mouth full of snails? Feasting in France should satisfy your cravings.