You’re buckled in and enjoying the company of that attractive fellow voyager sitting next to you. Why not wow your seatmate with a little travel trivia? Show off your knowledge of the friendly skies by naming the busiest flight routes in the world and their average passenger numbers. Here are the top 10: If you’re among the 10.1 million people flying from Seoul to Jeju (ICN to CJU), welcome to the #1 spot. This South Korean run consistently beats all other world flight routes year after year. Seoul is a beautiful city, but gambling jet-setters bet their luck on Jeju’s luxury hotels and hot casino action.

Fly from Tokyo to Sapporo (NRT to CTS) and you’re in the company of 8.2 million annual valiant voyagers, conquering the busiest of all flight routes in Japan. Everyone’s familiar with Tokyo, but Sapporo holds its own with a world-class beer museum, and the city claims to be the birthplace of miso ramen. Head from Sao Paulo to Rio de Janeiro (GRU to GIG) for more than fabulous Carnival celebrations. Over 7.7 million high-flying folks frequented this route each year, establishing Rio as the busiest vacation destination in Brazil. Sao Paulo is bigger than Rio, but both hold huge spots in the hearts of soccer fanatics and serious sun-worshipers.

China is the most populous country on the planet, so the flight path between Beijing and Shanghai (PEK to PVG) stays busy with 7.2 million passengers annually. Beijing is home to the Forbidden City, while Shanghai’s TV Tower stars in action movies, and both cities glitter with incredible night life. Never underestimate the land down under where 6.9 million hardy souls trek from Sydney to Melbourne (SYD to MEL) annually. Sydney is Australia’s biggest city, and that crazy gorgeous opera house draws a crowd, but Melbourne is mad about its sports. Just ask that guy racing you to the airport. His name is Max.

Both cities rank among the most populated metropolitan areas in the world, so it’s no wonder 6.7 million frequent flyers cruise from Tokyo to Osaka (NRT to ITM) each year. Tokyo has a flashy reputation, but Osaka tempts visitors with exotic cuisine and relaxes their jet-lagged muscles in its enormous Spa World facilities. The skyways over Tokyo to Fukuoka (NRT to FUK) handle 6.6 million people annually. You’re probably seeing a pattern here. With a population of more than 13 million, Tokyo makes it onto our list four times! However, Fukuoka puts its own unique spin on high-flying fun as home to the world’s second largest Ferris wheel.

Whether you’re a globe-trotting business traveler or a serious journey junkie, you’re in good company with the 5.5 million people who fly the skies from Hong Kong to Taipei (HKG to TPE). They certainly can’t swim across the Formosa Strait that separates mainland China and the island of Taiwan. Things never slow down in Japan, according to 4.6 million jet-setters who fly from Tokyo to Okinawa (NRT to OKA) in a year. More than 1,300 miles separate the big island from its small neighbor down south, but both cities share cosmopolitan class and Oriental charm.

Set your sights on South Africa and join 4.4 million fellow flyers sailing the skies from Johannesburg to Cape Town (JNB to CPT) annually. Shoot over to Johannesburg for a screaming roller coaster ride on the city’s aptly named Shaft of Terror, and then follow the folks with sleds to the original cool running on Cape Town’s toboggan tracks.

Consider this compilation of globe-trotting trivia as an outline for conquering the skies. With a little planning and a winning lottery ticket, you can explore all 10 of the busiest flight routes in the world.

*Note: All passenger numbers were sourced as of 2012. 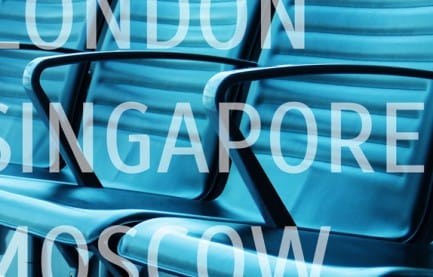 If you think getting into a business class lounge is luxury, wait ‘til you check out the perks in these airports. You just might miss your flight. 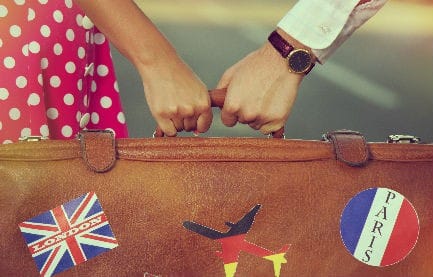