Since the creation of the commercial aircraft, people have been in awe that an object weighing over 120 tons can stay airborne. Then awe turned to shock when the masses realized how close they would have to sit next to strangers. Hopefully you’ve been lucky during your travels and have enjoyed empty adjoining seats during long flights or wound up chatting with a generous, handsome, and friendly undercover millionaire.

However, I’m willing to bet it’s more likely you’ve sat next to one of those un-personable types. If you’re shaking your head thinking, “Oh golly no, airplane neighbors are just super!” that probably means you’re the obnoxious one, so you may need to rethink your life choices. Think about these people carefully when making your way down the aisle, and sit your butt in the chair which seems like the lesser of evils.

Standard airline seats are 17 inches across, which is simply not enough for Personal Space Pete. It doesn’t matter if Pete is 100 or 300 pounds, he is all up in your business. From digging his elbow into your navel over the “communal” armrest to tugging on his great, grizzly beard without worrying where stray hairs may fly, there’s no avoiding him. Perhaps he’s asleep and has his head uncomfortably draped on your subtly twitching shoulder. Conscious or not, Pete could care less about whether he’s invading your bubble. In fact, he’s probably dreaming about stretching out a little more. Try to get an aisle seat and signal to a friendly flight attendant for help. Hopefully she can respond to your SOS signal with a free vodka tonic to help you make it through the remainder of your flight.

“Hi, I’m Terry!” These are the last three words you remember before heading into a tailspin of terrible small talk. Terry does not care that you have your headphones on or that you’re trying to take a nap. Were you excited about watching the new in-flight Matthew McConaughey movie? That’s too bad. At first, it seems innocent enough–asking about your travel plans and where you’re from, but then the conversation takes a dark turn. Completely unsolicited, Terry talks about his favorite place for pancakes in all 50 states, how he thought his pet tarantula died but turns out he was really just molting, and going on about the weekly ritual of pulling hairs from his mother’s chin. Sounds fun, right? While you could be rude, just smile, nod, and try to think of happier times. It will all be over soon.

The hell-raising Hubertsons are your run-of-the-mill flying family, kind of like the Jetsons, but not as high tech. Mr. and Mrs. Hubertson are so excited to take a vacation, they simply don’t care that little Jimmy and Jenny are screaming until their faces turn purple. In fact, you’re pretty sure that both parents are indulging in a rare moment of sleep. As much as you want to give them a piece of your mind or passive aggressively complain that children should not be allowed to fly–just remember that one day you might have children of your own behaving badly in transit. And wouldn’t you want to sleep, too? Pull those gummy bears out of your carry-on and toss ‘em to the terrorizing tikes. Chances are they’ll be a bit quieter when confections head their direction, plus their parents will have a sticky surprise waiting when they wake up.  Oops, you were just trying to be a good neighbor, wink wink.

You’ve come a long way from the braces and pimples of yesteryear, but that doesn’t mean you want to talk about those hormonal times on a six-hour flight with an old acquaintance you randomly were seated next to. Getting shot down by the boy of your dreams at the 8th grade “goodbye dance” was harrowing enough without reliving it with Margaret from George Washington Jr. High. (What could have been with young Bobby? You shared a love of Pokémon cards and bean-and-cheese burritos–a romance for the ages.) Play it cool until you are at a place to say, “OMG, Margaret?! We totally had P.E. together!” and then try to move the conversation to more modern-day topics.

What is that? A pungent aroma hits your nostrils as you prepare for take-off. Ah, the fragrant culprit can’t be far off. Sitting next to you and smiling is Stinky Stephanie. She looks like she’s going home after a year spent living in the wild with no showers and plenty of sweating. Be warned, she may embark on an in-flight rant about how she doesn’t believe in using deodorant as you watch her bare, dirt-crusted feet wriggle closer to your designer purse. Although she seems like a sweet person, it’s really hard to see, err smell, past her first impression. Breathe lightly and best case scenario, the fermenting stink will cause oxygen masks to drop down from the overhead cabins and offer some sweet relief.

No matter who’s next to you on your high-flying travels, stay calm and play it cool. And if you’re open to shifting your perspective, you might just make a new, albeit weird, friend. 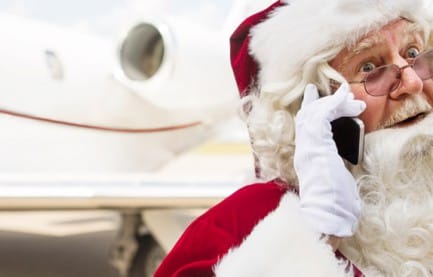 Re-consider your holiday travel plans, and try to avoid these airports to save yourself some time and sanity. 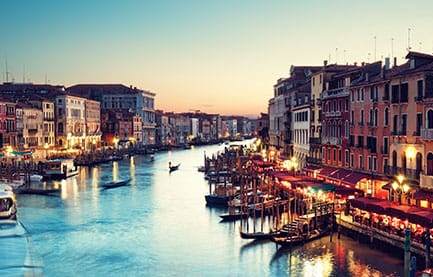 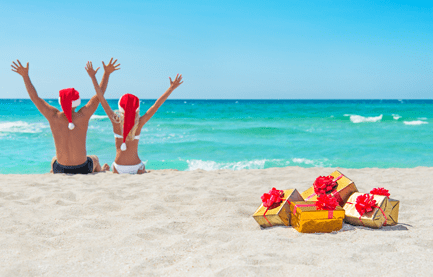 Don’t rely on your love to keep you warm this winter. You need some actual sunlight, so pack a swimsuit and head toward the shore.