In New Orleans, dive bars are called, “bars.” In most cities, “dive bar” denotes a dingy room teeming with unsavory grime, enchanting authenticity, or both. A place where you can hide in the darkness and the details, and feel secure in your own skin. Put another way, it’s a bar that isn’t trying to be cooler than its customers. Aside from a three block stretch of Bourbon Street, which no New Orleanian ever visits (and neither should you), this definition of “dive bar” describes virtually every bar in the city.

With that caveat, here is a woefully incomplete list of the best bars in New Orleans where the natives will make you feel right at home: Hidden in a residential block of Mid-City, Parkview Tavern belongs to that venerable species of bar which survives changing neighborhood demographics by not changing at all. Seventy-years on, Parkview is still the go-to spot for middle-aged men who need a place to hide at noon on Saturday when they’re supposedly out for a quiet stroll. A massive air-cleaning unit suspended from the ceiling gobbles up cigarette smoke in a grinding hum, metastasizing into an urgent plea for help by early evening. The beer is cold, cheap, and comes in a plastic cup unless you specify otherwise. It’s not a room without pride, though. Every morning, the framed newspapers commemorating Saints and LSU championships are dusted and washed, and whatever atrocities may have transpired the night before, the concrete floor always radiates a sweet smell of pine at the start of a new day. Established in 1947 to service the imbibing needs of winners (and losers) shuffling out of the adjacent New Orleans Fairgrounds after a day of playing the ponies, Liuzza’s by the Track is still the place to go for a hushed tip from an off-duty groom or a weathered old-timer. Liuzza’s also has a legitimate claim to the title of, “Coldest Beer in New Orleans,” if not, “Coldest Beer Allowable by the Known Laws of God and Nature.” The suds arrive in a frosted goblet aside a fried shrimp po-boy if you’re hungry, which you will be after smelling the kitchen. In springtime, when the fairgrounds are re-purposed to host the annual New Orleans Jazz and Heritage Festival, Liuzza’s overflows its four walls to envelope the intersection of Lopez and Ponce de Leon in a two-week street party. The neighbors never complain. In the rapidly gentrifying neighborhood of Bayou St. John, where the appearance of running strollers and new Volvos has long-time denizens considering radical relocation across Broad Street, Pal’s Lounge defiantly offers a last-of-its-kind refuge for grown-ups. The vibe is established in the men’s room, which eschews a baby-changing table in favor wallpaper consisting entirely of Playboy centerfolds from the 1970s. But the ladies aren’t ignored; their special room features Burt Reynolds from his legendary nude spread in Cosmo… or so I’m told. Ask for cigarettes, and Beth Anne will pack them, open the box, and it slide across the bar with a book of matches tucked in the cellophane. Stop by on Thursday night for a free bowl of jambalaya, and the regulars will tell you how it doesn’t compare to the jambalaya George made before he passed, God rest him. Drop in early on a Saturday afternoon, as I did while researching this piece, and Trent might ask you to help carry in some limes. You’ll get a free drink for your trouble, not that you’d need it to feel at home.

Molly’s at the Market Molly’s at the Market is the result of late-founder Jim Monaghan’s grand ambition, immortalized under glass near the juke box, “To get the hobos of out of the gutters and into the bars.” In this, Molly’s has been wildly successfully. The location anchors a block of Decatur Street near the lower end of the French Quarter known through 300 years of uninterrupted infamy as a meeting place for pirates, cut-throats, women of loose morals, and all my best friends. The front room is configured for conversation, with stools and chest-height tables against to the wall opposite the bar. Regulars include an ornery cat named Mr. Woo who arrived during Hurricane Katrina and never left. Don’t try to pet him; he’s still pissed at humans for intruding on the sweet, dry spot he found in the storm. The signature drink at this infamous New Orleans bar is a frozen Irish coffee dispensed from an old ice cream machine that I’d request ahead of water were I ever to come staggering out of the Sahara. Side note: My novel, Fives and Twenty-fives, includes a scene inside Molly’s in which a “little, blond bartender,” nearly comes to blows with a drunk, Iraq War veteran. I’ve yet to meet a New Orleanian who didn’t know exactly which bartender I was talking about. Because any list of New Orleans dive bars requires a mention of Snake and Jake’s, I’ll just say that I once woke up at four in the morning after nodding off on one of their couches. The moment caused me to reconsider my whole life, and immediately arrive at the conclusion that things could be much worse.

There are many, many more New Orleans bars that welcome visitors without pretension, but these are a few of my favorites. Be sure to check them out on your next visit to The Big Easy. Michael Pitre is a New Orleans-based author.
His debut novel, “Fives and Twenty-fives,” was published to world-wide acclaim in 2014, and is based on his experiences as a Marine Corps captain and veteran of the Iraq War. 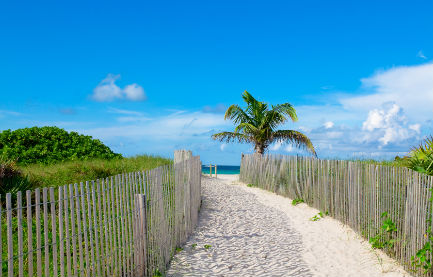 Why not trade mother-in-laws for margaritas this Thanksgiving? Check out these alternative Thanksgiving vacation spots. 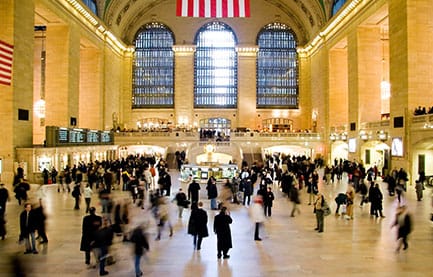 How to Keep a New Yorker from Cussing You Out

Whassamattayou?! Read these surefire ways to stay alive in the City That Never Sleeps. 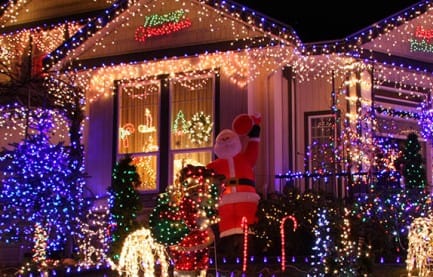 Get directions and information on the most festive Candy Cane Lane in Seattle, WA.