Every family has its beauty and its brains. Take Haley and Alex Dunphy from “Modern Family,” for example–both are attractive and interesting in their own unique ways. The same can be said of sister cities Boston and Barcelona. Barcelona is flamboyant and a little wild, just like Haley. And we can’t deny that straight-talking Alex reminds us of Boston, with Ivy League smarts and an edgy sense of style. (Yes, flannel counts as style.) Of course these world-class cities have much more depth and complexity than TV characters, but let’s have some fun with the sibling rivalry. Here’s a look at these sister cities—and their respective Dunphy sisters—to experience all the quirky hijinks and beautiful moments they have to offer:

Seaside Treats from Boston to Barcelona Barcelona and Boston are sister cities with their own flavorful twists on coastal cuisine. Alex-like Boston skips the fanfare with a hot cup of fresh chowder at America’s oldest restaurant, Union Oyster House. And studious types can grab international street grub from funky food trucks before running to their next exam. With a slower pace and beachy terrace views, Haley would approve of how Barcelona goes all out with colorful regional favorites called pintxos (pronounced PEEN-chos), which are savory toppings pinned to bite-sized slices of bread with toothpicks. You’re probably thinking, “But where are the tapas?” Tapas—another small-plate wonder—are readily available, too, made from local meats, veggies, cheeses, and of course, seafood. And since dinner in Spain can last ’til all hours of the night, the vermouth flows freely. Haley would be into that, too. It goes without saying that if Alex took a tour of Boston, it would probably linger in the Museum of Science, where she would take notes about how to pull more intellectual pranks on Haley with static electricity. And Fenway Park is nice, for those who are into sports, but Alex might pass that up for a chance to visit the John F. Kennedy Presidential Library and soak up some history on the Freedom Trail.

Haley is not phased by Alex’s pranks and jabs, because—let’s face it—she makes attending community college and living with her parents look good. Haley would love fashion-forward Barcelona and it’s rep for being the design center of Spain. In particular, visitors must check out the beautiful neighborhoods of La Rambla and Barrí Gotic. From the Museu Picasso and La Catedral to Antoni Gaudí’s world-famous architecture scattered throughout the city, beauty can be encountered on every street in Barcelona. Even Alex would approve. Haley isn’t known for her driving skills, and fortunately walkers and public transit-riders are welcome in Barcelona. The public transit system, TBM, services the entire metropolitan area with the finesse Haley would demand. Buses and trams provide an easy way to explore the city, and TBM’s subway system has a reputation for being clean and well lit, just like Haley, who wouldn’t want to smudge her makeup en route to a concert at Magic Fountain.

As Barcelona’s sister city, Boston is also known for having an efficient public transit system. The MBTA outsmarts heinous traffic and cranky drivers in a very Alex-ish way. With two trolley lines, three high-speed subway lines, and an impressive fleet of buses, you can use your quick wits to get around the city without a car. If you’re comparing Barcelona to Boston and trying to decide where to take your next vacation, good luck. Both of these geographic sisters have an incredible amount of culture, history, and attractions to soak up. But if we had to pick one thing to do in each place, here’s our best shot. Every first Sunday of the month, several Barcelona art museums offer free admission, but the Picasso Museum is a must-see any day. Of course, attractive athletes in short shorts are an added bonus, as Hayley would say, so you might want to catch an FC Barcelona soccer match too. Alex would roll her eyes at men kicking balls, and she would suggest you take the opportunity to learn about marine life at New England Aquarium or to attend a theater production in Boston Common.

We like to think of Boston and Barcelona as a modern partnership, a sisterhood, of innovation, beauty, and history. So whether you fly from BCN to BOS or BOS to BCN, we’re sure you’ll discover something beautiful and intellectually stimulating when you get off the plane. 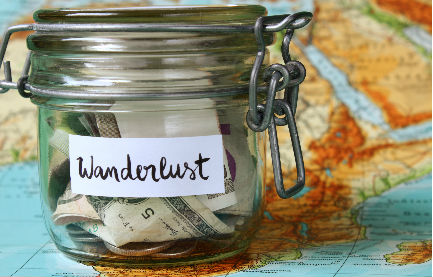 Looking to explore the world this summer? Check out our top 10 tips for scoring the cheapest summer flights!

Prove that you’re the brightest crayon in the box by practicing these essential etiquettes at the airport. 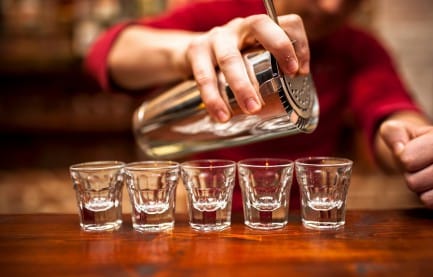 5 Best Airport Bars to Wet Your Whistle at

Nervous about flying or bored during a long layover? These airport bars offer the best drinks and promise happy trails.